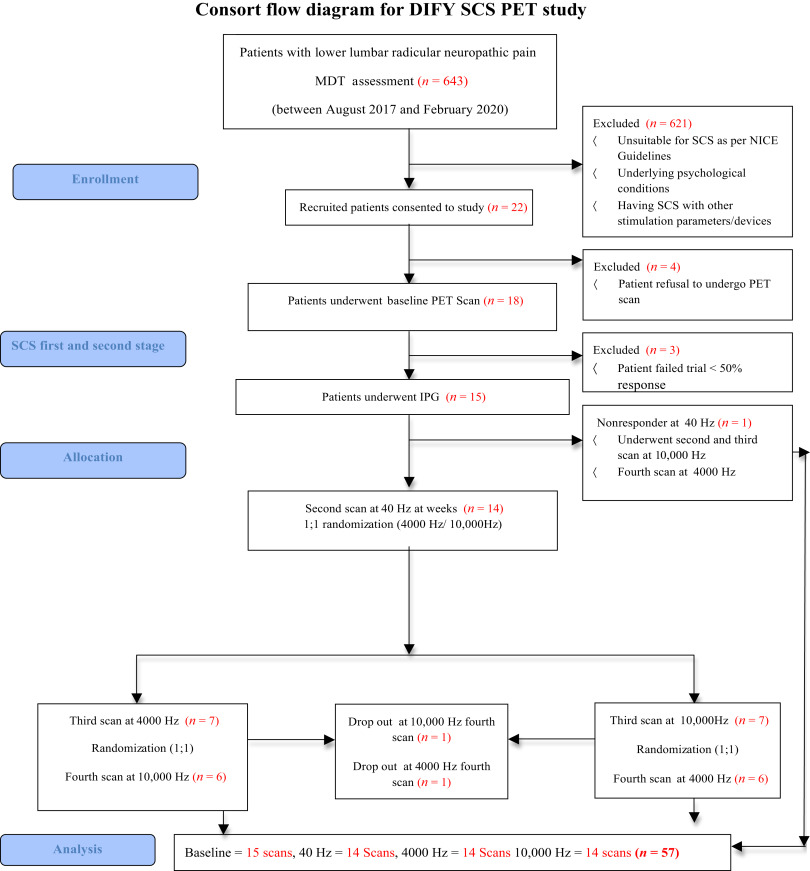 This large cohort of brain PET scans (n = 57) shows statistically significant differences in brain metabolic activity at 40 Hz and 4000 Hz from baseline, with effect on both nociceptive and affect-cognitive pathways (proportionately higher reduction in the thalamus), highlighting the possible mechanism of SCS.

The Clinicaltrials.gov registration number for the study is NCT03716557.

Source(s) of financial support: The study was funded by an independent study research grant by Boston Scientific Inc, USA to Vivek Mehta, the chief investigator for the study. Kavita Poply was awarded a competitive research grant for the study from Neuromodulation Society UK, September 2017. The funder had no role in protocol development, data collection, analyses, or manuscript preparation at any stage.

© 2022 Published by Elsevier Inc. on behalf of the International Neuromodulation Society.